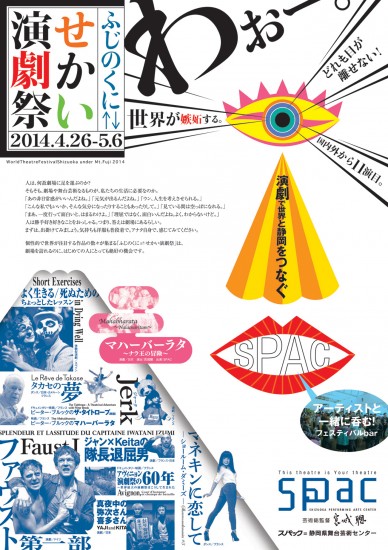 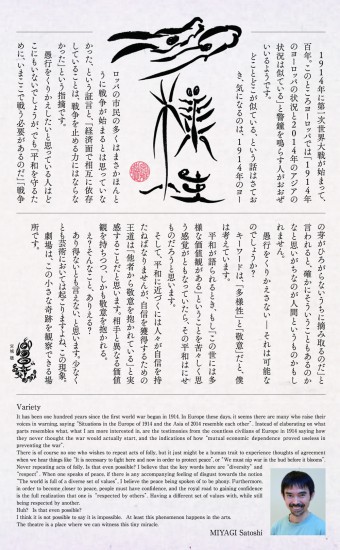 After successfully holding the 2nd Theatre Olympics in 1999, SPAC has annually held “Shizuoka Spring Arts Festival” (2000 – 2010) which was renewed and continued as “WorldTheatreFestivalShizuoka under Mt.Fuji” since 2011. Based on its own philosophy of “The theatre is a window to view the world”, SPAC has been introducing Shizuoka international and domestic masterpieces of theatre play, dance, puppet play, film and etc. This festival combines artists, audiences and people from local community to directly exchange and communicate with each other.