Issam BOU KHALED
Lebanese actor, writer and theatre director. Issam’s work is defined by conflicting elements, for example sharp comedy and pathetic tragedy, that coexist within his pieces. Therefore his work is often seen as a mirror of Lebanese society, reflecting its complicated dynamism. Issam is best known for his trilogy “Maaarch”(2004), “Banafsaj”(09) and ”Archipel”(99), which through an absurdist humor, depicts war as something grotesque. In addition he founded the deaf and dumb theatre company, « Décibel(dB) » and went on to create “Monde sans voix”(07). He served as artistic director of the Beirut theatre from 2009 to 2012. During this time his company « Décibel(dB) » performed at the theatre. He has also performed in countries such as France, Germany, Italy, Egypt, Tunisia and Jordan. As a film actor he has appeared in the film ”Carlos”(10) directed by Olivier ASSAYAS and has also appeared in numerous works both at home and abroad.”

Fadi ABI SAMRA
Lebanese actor. In 1990 he graduated from Lebanon University with a master’s degree in theatre studies. Since 1987 he has been working as both a stage and film actor. He has gained popularity in middle eastern TV dramas and together with Issam has also starred in the film “Carlos” as well as an adaptation of “Waiting for Godot” directed by Roger ASSAF. 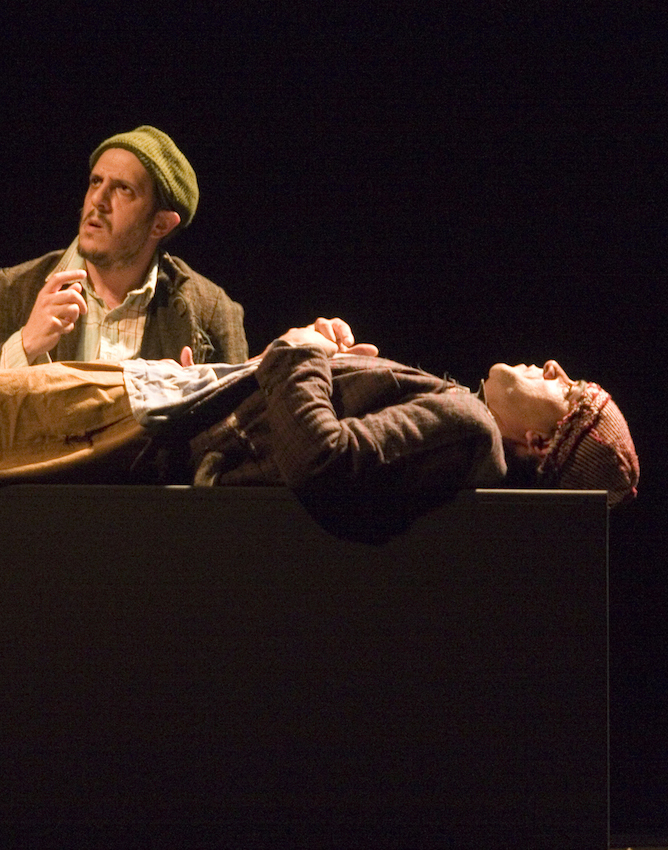 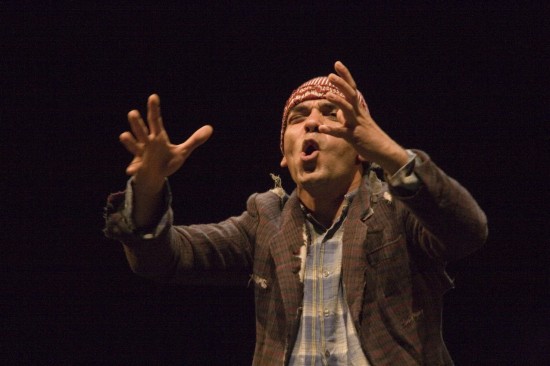 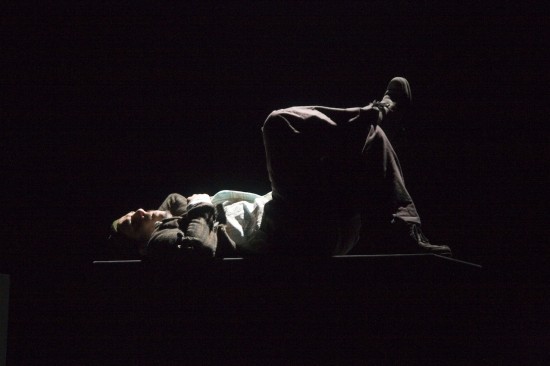 Each day, the pre-performance talk is held from 20 minutes before the show.
Post-Performance talk by Issam BOU KHALED, Fadi ABI SAMRA and MIYAGI Satoshi.

This is a new “Godot”?!
A surreal two men play
By a popular actor from the Middle East.
A conversation that could at first appear seemingly meaningless reveals the desperateness of the everyday of a long civil war, and a nation battered by deep-rooted religious conflict comes in to view. Using the situation of BECKETT’s “Waiting for Godot”, this play is centered on the personality and social background of the actor and is a polished piece that is made up of layers of improvisation. While waiting for that someone that never comes, the two continue to talk. The rhythm of the conversation is exquisite and one is quickly drawn in to a world of absurd words. In Beirut, even with only forty-eight hours notice, this production that is said to always perform to a full house, will come to Shizuoka! It can be seen as a valuable opportunity to learn about Middle Eastern culture.

Always side by side with death
And under such circumstances,
All changes to laughter
Beirut: the cultural crossroads that ties Asia, Africa and Europe. This leading cultural city of the Middle East has deep scars from civil war and still continues to be buffeted between Syria and Israel. Now, the artists who grew up during the civil war have attracted the attention of various art scenes around the world. The feeling of attachment to their homeland, which is depicted through black humor and the form of the absurd, is a feature of their work that makes it strong and solid. The directors of this work Issam BOU KHALED and Fadi ABI SAMRA are also actors and using their own history draw out and satirize the situation of their homeland. This work is receiving rave reviews both at home and from abroad.

In a street in Beirut, two shabbily dressed men spread open a newspaper. They look hungrily at the articles, which for some reason are all obituaries. “There’s a man that was killed in a car crash.” “Was he hit by the car?” “Seems like it was an accident.” “What type of car? What year?” “I don’t know, but there’ll probably be food at the funeral.” “Compared with the doctor’s funeral, I wonder which will have better food?” The two argue over which funeral to attend and their conversation begins to escalate. At every opportunity, the argument revives with another confrontation and the complexity of this argument can be seen to reflect contemporary Lebanon. Eventually, the two men realize something…