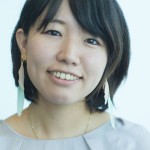 Playwright, director, leader of Bird Park. Born in 1985. After a childhood in Malaysia she researched TERAYAMA Shuji and OTA Shogo at university, and founded Bird Park in 2007. Since then she has handled all of the group’s scriptwriting and direction. She was nominated for the 58th KISHIDA Kunio Drama Award. Furthermore, her major works include “A Paper Balloon” written by KISHIDA Kunio and “Invisible Neighbors (inspired by “8”)” which was performed at Festival/Tokyo 14.

Director of Large, Small & Ref. Co. Ltd. Born in 1977. Soon after graduation from high-school, he moved to US and then UK. He began his career as an artist during the time in London. Nearly 10 years in UK, he then moved back to Japan and joined Creative Support Let’s (NPO) in charge of project planning such as exhibition, talk session, community space management, and human resource education program. In 2013, co-founded Large, Small & Ref. Co. Ltd. with an architect OHIGASHI Tasuku, mainly in charge of project planning, management and art direction. Earned MA Fine Arts at Central St. Martins College of Art & Design (Byam Shaw School of Art). 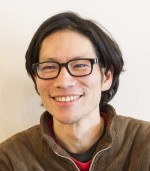 The representative director of Large, Small & Ref. Co. Ltd. and Architect. After graduating from economic department of Kansai University, he then went on to work for a building contractor. A few years later, he began his career as an architect in Osaka. In 2011, moved the base to Hamamatsu to set up his own architect office, which deals with local project as well as architectural design. In 2013, co-founded Large, Small & Ref. Co. Ltd. with SUZUKI Ichirota.

Bird Park
A theatre company formed in 2007 by NISHIO Kaori as a playwright and director with MORI Sumire as an actress and designer, in order to explore the existence of minor matters that is slightly off-edge but still shows its presence in the society. Their work delves into space and language, always approaching subjects from a slightly oblique perspective to shine a gentle spotlight. They have created performances at a range of local sites such as a former warehouse, an old Japanese house and a disused shop in Tottori, Kitakyushu, Hiroshima and Osaka. And they have won many awards in various cities like Osaka, Hiroshima, Tokyo and so on.

Large, Small & Ref. Co. Ltd.
Established in 2013 by OHIGASHI Tasuku and SUZUKI Ichirota. They flexibly deal with complex matters from project planning, direction and management to architectural design. Based on their belief that even the most distant issues in our society share the same ground, they try to introduce unique development for the project by combining different disciplines and heterogeneities. 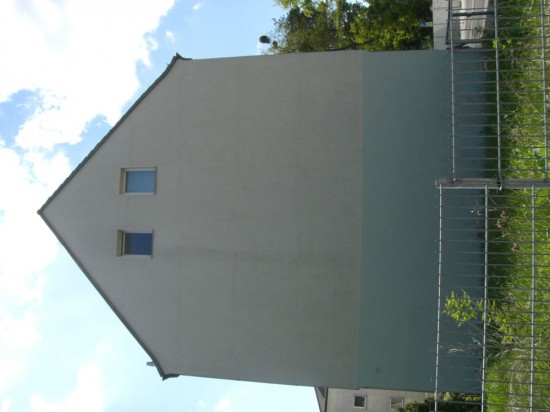 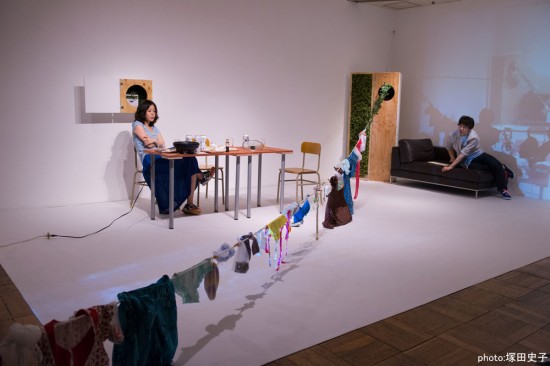 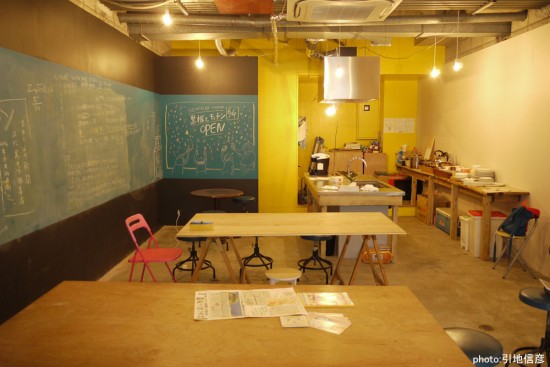 Suruga streets with green tea smell
A strange city walk
A play in which you can “participate”!
“I want to walk the streets that I do not know”. What is it that stirs human hearts? Although the reason for a journey is different depending on the person, if you love theatre, perhaps there is a time when you have travelled for theatre, because “I want to watch this play, because it is only here and now that I can see this”. In times past, in large towns there has been a theatre. This was not only a place of exchange for the people who lived there but also became a place for travelers to learn about the history and culture of the land. However with the development of transportation journeys have become more convenient. While many carry their feet to this festival, there is no time to learn about the city of Shizuoka, and there are many that simply return home without doing so. But now…?

The tag of uniqueness is realized
A town turns in to a theatre
A small adventure
One may say, I came to watch theatre and I have to do fieldwork? But no, this is a genuine “theatre” piece that layers productions from various places. NISHIO Kaori of theatre unit “Bird Park” (who has continued to organize site specific creative activities) along with Shizuoka architecture, design and event planning company “Large, Small and Ref. Co. Ltd.” will challenge themselves in a work where the town itself becomes the stage. It could almost be described as a theatrical version of a role playing game. What kind of adventure awaits?