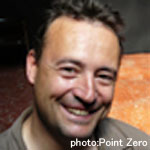 After graduating from the National Theatre School (INSAS) in Wallonia, d’HOOP was an active actor. He went on to found the company “Point Zéro” and converted an old vet school in Brussels into the performing arts space, “Les Vétés”. In 1993 their first production, “Yvonne, Princess of Burgundy” by GOMBROWICZ, was awarded best theatre production by COCOF (The French Community Commission). After this, the company moved and is now in residence at the “Théâtre de la Balsamine” in Brussels. D’Hoop’s other masterpieces include “The Madman and the Nun” by WITKIEWICZ and “Las tres viejas(Three Old Women)”by JODOROWSKY. Tragedy and a grotesque humour feature heavily in d’Hoop’s work and is used to explore and discover the monstrous elements of human nature. 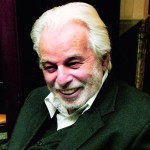 Born in Chile, 1929. JODOROWSKY left for France in 1953 and during his career as a travelling puppeteer met Marcel MARCEAU and became involved in theatre. In 1967 he completed his first feature length film, an adaptation of ARRABAL’s play “Fando y Lis”. In 1970 he achieved his masterpiece “El Topo”, and in 1973 “The Holy Mountain”, which was recorded to have a long run of a year and a half in America. He also writes novels, essays and poetry and comic strip (B.D.). Following his 2013 work “The Dance of Reality”, his new work “Endless Poetry” is a co-production with Chile, France and Japan and is due to be completed in 2016. 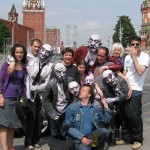 An artist collective formed by director Jean-Michel d’HOOP. With a powerful energy, the company has continued to introduce plays by writers that have rarely been staged. These include writers such as JODOROWSKY, WITKIEWICZ, FASSBINDER and Hugo CLAUS, all of which seem to weave together a dream world with a kind of vivid reality. To align the production with the text, the company continually uproots the way it develops its own productions and continually seeks and explores other methods. 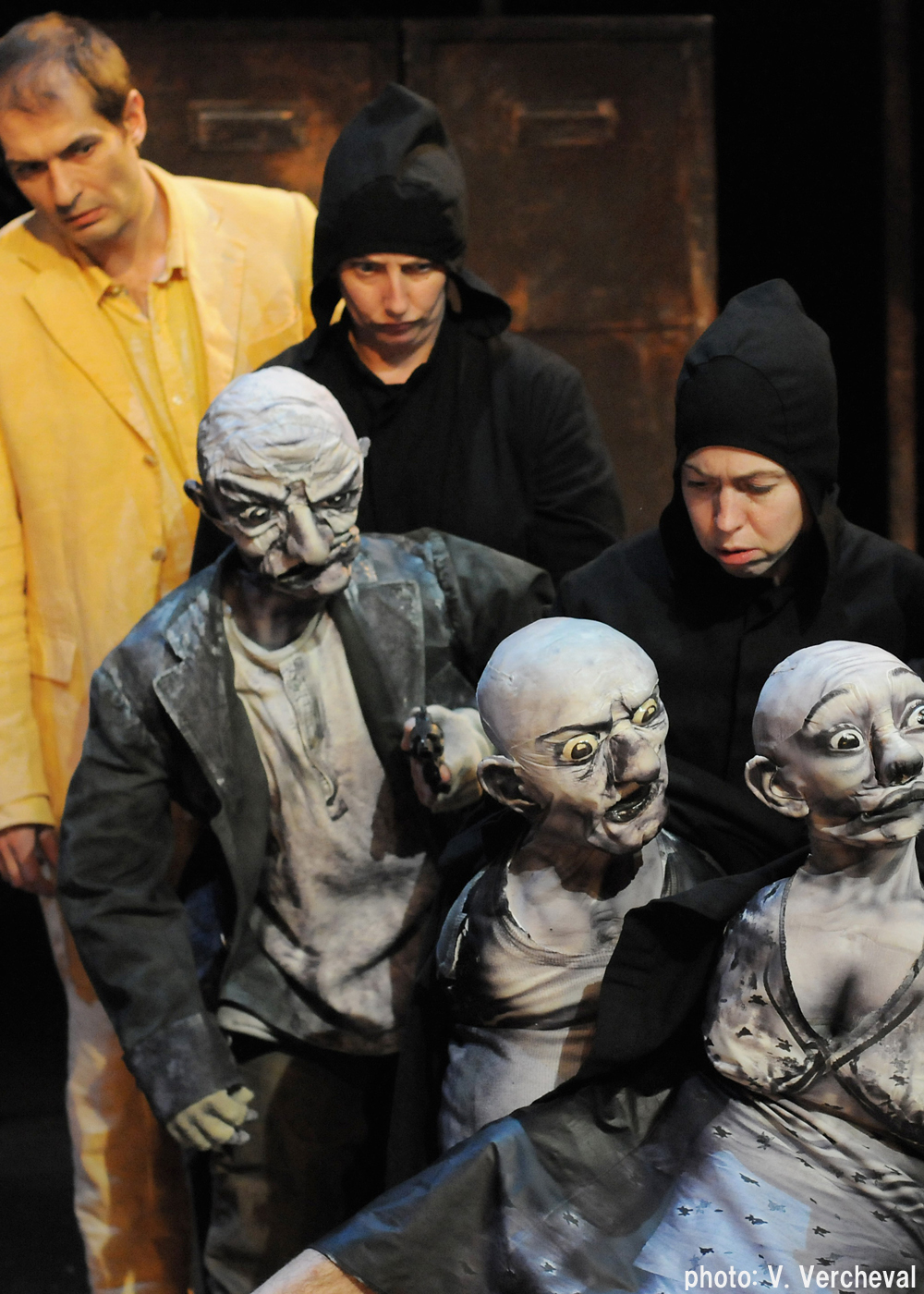 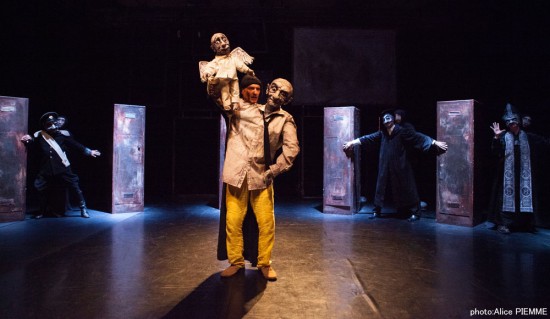 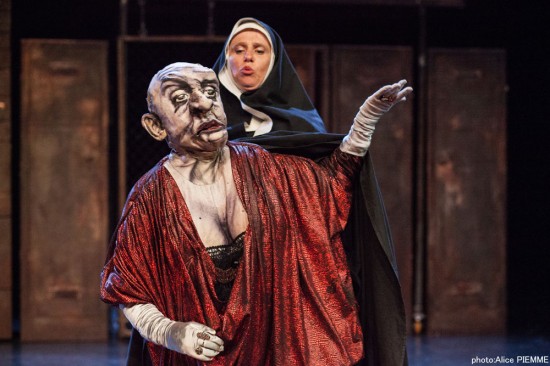 ◎Each day the pre-performance talk is held 20 minutes before the show.
◎Post-Performance Talk by Jean-Michel d’HOOP and MIYAGI Satoshi on 5 May

Do you “manipulate people” or
Are you “one who is manipulated”?
The Dolls of Wonderland
This is a comedy, but not a comedy in its usual sense. Dark and cold and like the universe, full of alienation and oppression. Metaphysical, like a dream, it can be described as a mysterious work. While manipulating life size dolls, actors play students at the strange “Ventriloquists’ School”. The face of the doll and their faces are somehow alike. Who is the “manipulator” and who is “the one manipulated”? Director of this work, Jean-Michel d’HOOP says that “first it is essential to think about the language itself”. He has continued to present each of his performances in different and creative ways. His philosophy is like the reflections of a multi-faceted mirror. The various places grounded within the story and the conditions of modern society are vividly reflected.

A must see! A puppet show?
The world of JODOROWSKY
A philosophical fantasy and a comic tragedy
“Point Zéro” (Belgium), a company now gathering much attention, are known for GOMBROWICZ, Carole FRECHETTE. They learnt of the remarkable and talented cult figure Alejandro JODOROWSKY who made the popularly acclaimed films “El Topo” and “The Dance of Reality”. This film director, born in Chile in 1929, was involved in pantomime, met Marcel MARCEAU in Paris, and have directed more than one hundred productions. He is hugely accomplished in theatre. JODOROWSKY’s writing is rhythmic, savage, and full of creativity. This work emerged from the creative tension between JODOROWSKY and Point Zéro’s direct questioning of his script.

One day the hero Celeste, in a deserted alley, suffers from a “fall”. Celeste, confused by this sudden event and trying to escape, arrives at the eccentric Ventriloquists’ School. Here regulations are strict; no outside influence is allowed into the school and the students are monitored twenty-four hours. Celeste is enrolled at the school, and as he begins to manipulate the dolls he searches for the path he is meant to follow. But the doll increasingly starts to manipulate him who manipulates the doll…

Under the auspices of Embassy of Belgium