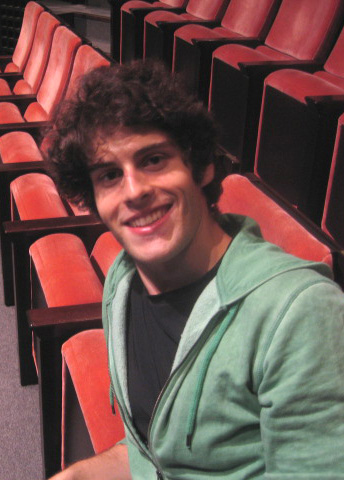 After a long year of planing, preparation, and studying, I finally find myself in Shizuoka, Japan with naught but suitcase (waaaay overpacked) and a resolution — to train in the fresh and budding theatre scene of Japan.

Hello. My name is Taylor Jack Helmboldt. I am a musical theatre major at Carnegie-Mellon University entering my fourth year, and I am currently living in Japan. It’s been a long time getting here, and I have to admit that it’s rather surreal. This whole journey started exactly one year ago, when a theatre company known as SPAC (Shizuoka Performing Arts Center) brought their production of MEDEA to Pittsburgh. By that time, I had already decided that I wanted to study Japanese theatre (I found Noh and Suzuki method particularly enthralling), but I had absolutely NO idea how to make that happen. When I learned that SPAC, an organization that boasts Mr. Suzuki HIMSELF at its founding artistic director, was bringing their show to Pittsburgh, I practically tripped over my own feet to go. And it was well worth it.

After seeing their awe-inspiring production of MEDEA, I promptly sought out a translator and struck up a conversation with the company’s current artistic director, Mr. Satoshi Miyagi (who might just be one of the nicest people on the planet, by the way). After a seemingly brief conversation regarding logistics and my intentions, Mr. Miyagi graciously offered to let me come train and work with his company during the autumn of the following year. And here I am.

Though I must admit, the journey getting here was not a short one, or particularly easy. I began my preparations immediately after my talk with Mr. Miyagi, and initiated what would become a very long and very regular email conversation with Yoko-san (who also ranks as one of the nicest people on the planet) in an attempt to secure the essentials: housing, a visa, worth-while employment… and it was not a simple as it might seem. It took a great deal of effort on the part of many people (in addition to Yoko-san and Miyagi-san, I would also like to thank my loving and ever-supportive parents, Aidaa, and Ayako-san), but eventually we were able to work out all of the kinks. I now sit in my lovely, brand-new apartment in east Shizuoka – mere yards away from SPAC – reflecting on the last year and thinking about the months yet to come.

I arrived in Shizuoka only two short weeks ago, but I have actually been here in Japan since May 31st (2012). I began my time by attending a month-and-a-half long Japanese language training program in Tokyo. I had already taken two semesters of Japanese by the time I arrived, but the time I spent in Tokyo taking classes (and talking to strangers outside of class) has proven to be absolutely invaluable. My fluency has more than tripled in the last 3 months compared to what I learned studying in the States. Plus, Tokyo’s awesome. Like really, really awesome.

Afterwards, I went on a little excursion around the Kansai region before settling down in Kyoto, where I spend almost three weeks participating in the TTT program. There, I took classes in Noh every night for approximately 3-4 hours. So check one item off the to-do list. After the workshop was complete, I even got to perform a shimai (short dance) from Kiyotsune on a Noh stage in front of a Japanese audience. How many white boys can say that? Afterwards, I decided to take yet another excursion around Shikoku and Kyushu before it was time to move on to SPAC and Shizuoka.

Upon arriving at the Granship (the name of SPAC’s large and eccentric mothership), I was promptly greeted by an overwhelmingly supportive and accepting group of actors, technicians, and other various theatre professionals. They immediately put me on a bus for Toga to see SCOT’s (the brand name for Suzuki-san’s current theatre company) summer festival. Incredible. I feel very blessed to have had such a wicked-awesome opportunity. After the weekend expired, we returned to Granship where I was assigned to spend the first month of my time working on Kyoka Izumi’s 1913 play Yashagaike (Demon Lake). I was invited to train with the cast every morning under the direct supervision of Mr. Miyagi himself, and after meeting the cast members, they even invited me to attend their other drumming and rhythm-based rehearsals. 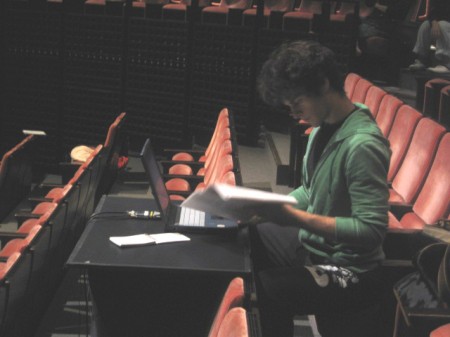 Actually, I can’t even begin to sufficiently compliment the cast of Yashagaike and the other incredible people I’ve met here at SPAC. They have been so warm, so exquisitely welcoming, that I am truly humbled by their presence. Each and every day is brand-new and amazing, and I’m so grateful to everyone who has helped me get here and all the fantastic people who have gone out of their way to make my time here exciting, informational, and utterly inspiring. The SPAC energy is unfailingly young, fresh, eager, and chock-full of creative spirit and love for the dramatic arts. I hope to use this blog as an outlet for that wonderful energy – to share it with the world, and to satisfy my own overeager gushing through a seemingly unending spew of Japan-relater chitter chatter. Thank you so much for reading, and I’ll be sure to check in again soon with more tales from the theatre scene in the far east. Until next time!